I observed two different caterpillars being attacked this week! 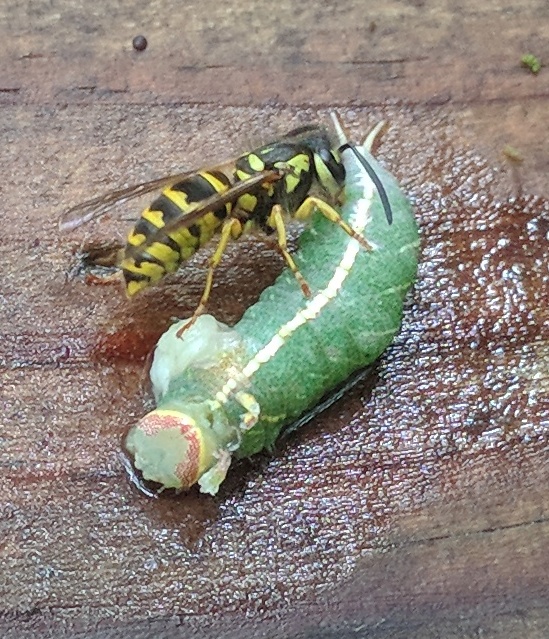 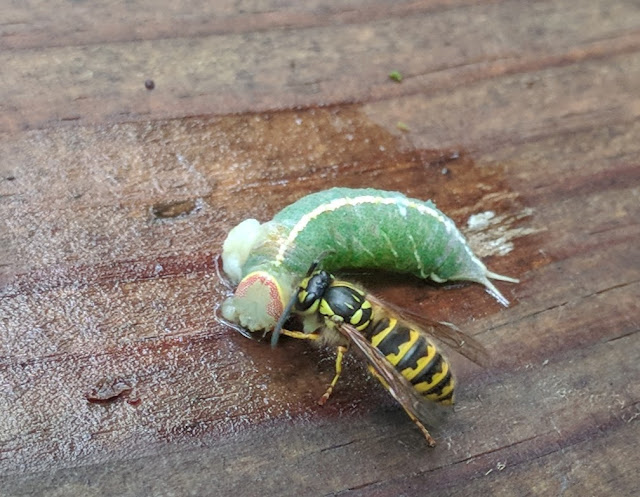 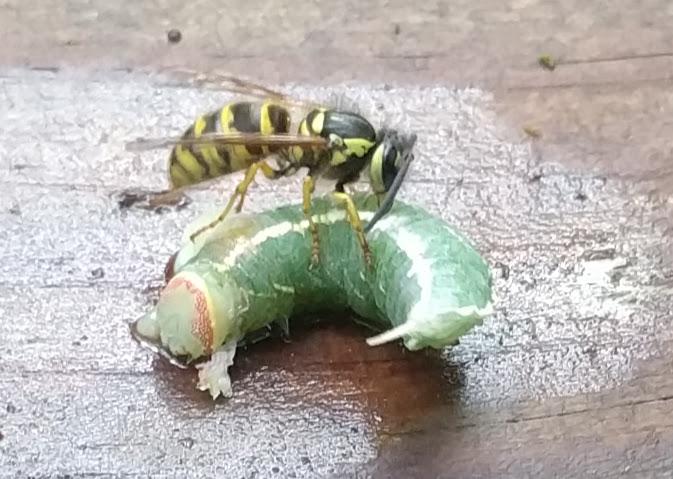 Then, on September 17, I noticed a spider running circles around a brown caterpillar, presumably trying to wrap it up in web. 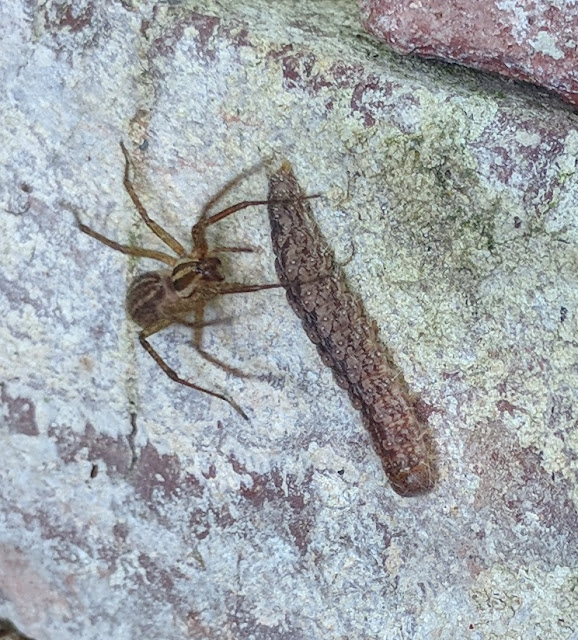 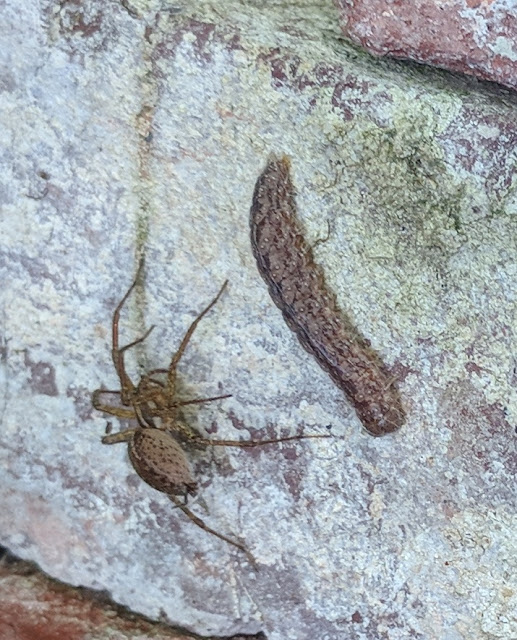 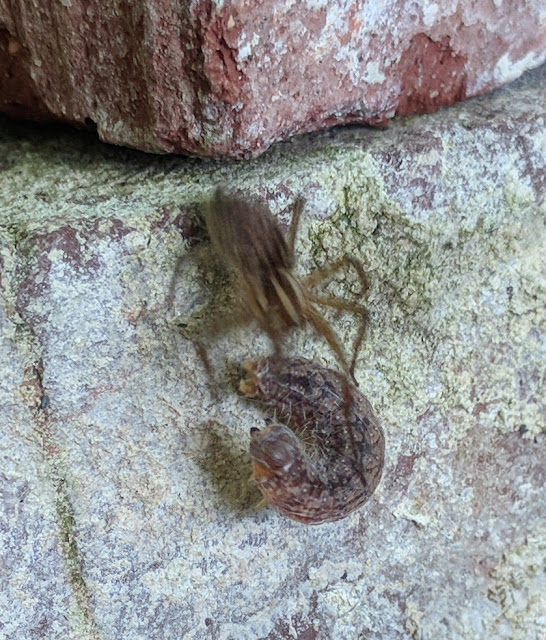 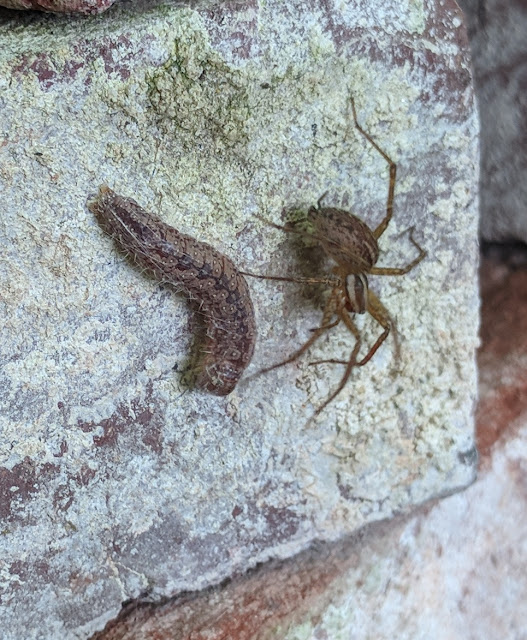 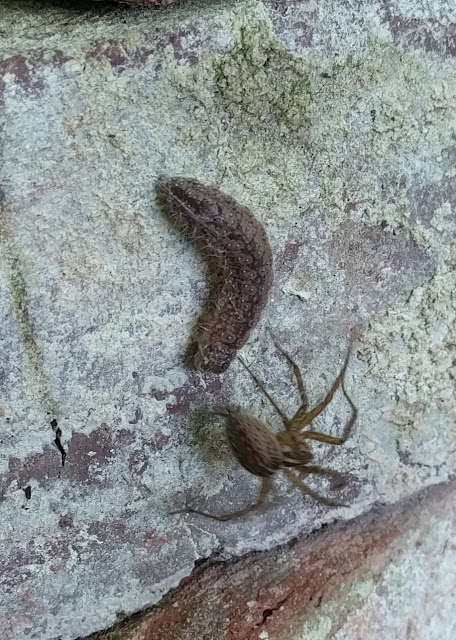 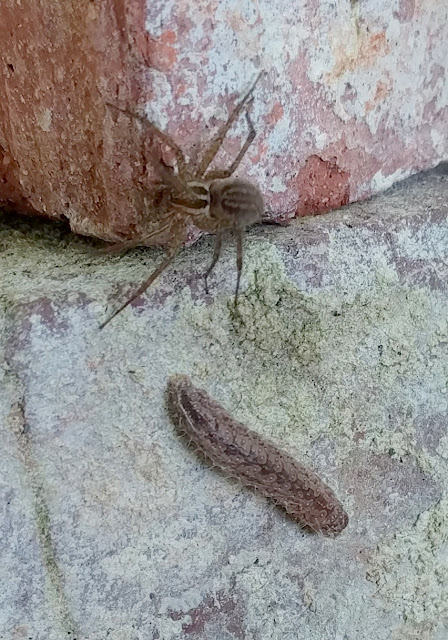