A few days ago we noticed a Blue Jay that seemed a bit different. It was hanging about and almost seemed tame. It would sometimes open its beak. Debbie took this picture of him... 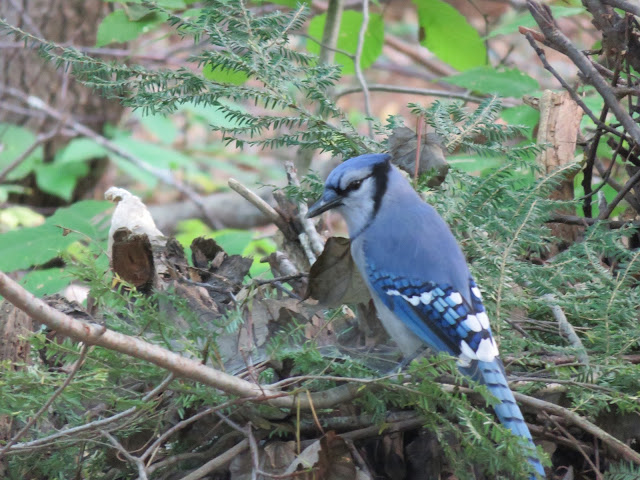 and I tossed some sunflower seeds to him hoping it may become even more tame.

It sat in the trees near the feeder making a distinctive 'chip' sound, and the next day he was seen hanging about again. Later that afternoon while we were eating lunch, Debbie saw it fly over the cove, but only almost, it did not make it all the way across and crashed into the water!

I went down to the water and waded across to where it was, and by the time I go there it had managed to flap over to a stick and pull itself out of the water. Clearly things were not right. I was able to get very close to it and it would hop and fly short distances staying just out of my reach.

After a few minutes of crawling through the bushes on the water's edge I managed to get close enough to grab it. Its wings and legs were all fine but I could feel its breastbone, indicating it was emaciated.

We gave it some water and some husked sunflower seeds but it did not want to, or could not, eat. It seemed to have trouble swallowing the water. We put it into a cage with water, suet and a perch and then drove to the store to buy some worms (sold as bait). This was a new experience as we have never had to buy live bait before. We were asked what type we wanted, earthworms, Dillies, night crawlers? etc? We had no idea so we asked to see them hoping for something like meal worms. We were shown three tubs of worms in some black compost material. All three types were earthworms. So we bought a tub of earthworms and hurried back.

Once home, I washed one off to make it easier to swallow and gently killed it, then offered the squirming pieces to the bird. We placed thee in its beak and added water but it just flicked his head and got rid of the worm each time.

We let it rest in the cage and covered it over with an old towel. Once it got dark I brought the cage inside so that it would not get too cold. Later when I checked in on him, he was dead. Not a happy ending at all I am afraid.

At least we gave it a quiet dark place to spend its last hours, but I only wish we could have done more for it. Since it was already dark I decided to bury it in the morning. We found out that the authorities no longer want to test birds for West Nile Virus.

One cannot help but admire the splendor of its exquisite colors. 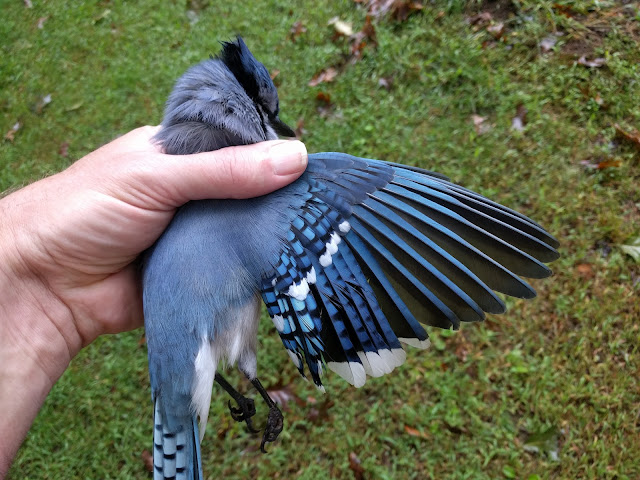 the colors contrast against the forest floor... 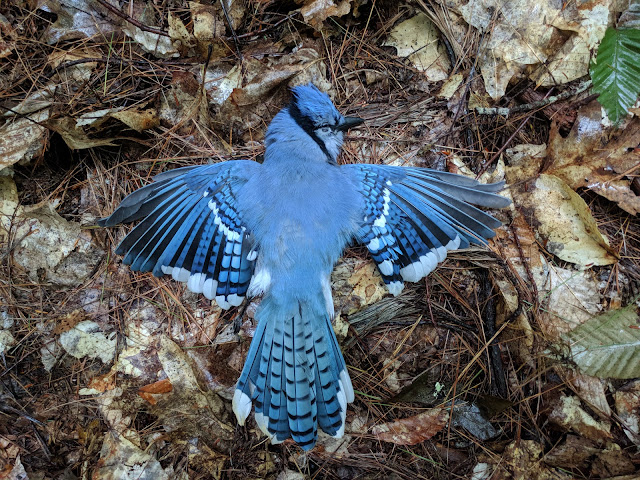 I dug its grave through the thick layers of leaf litter and into the dry sand, and placed it in. 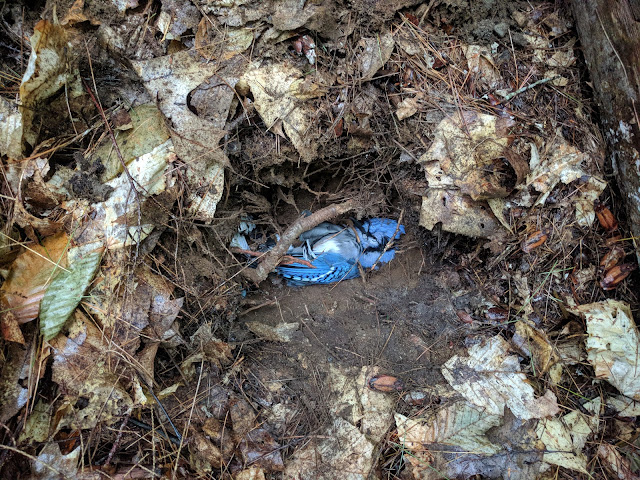 and in the spring there will be no trace of it, other than here.... 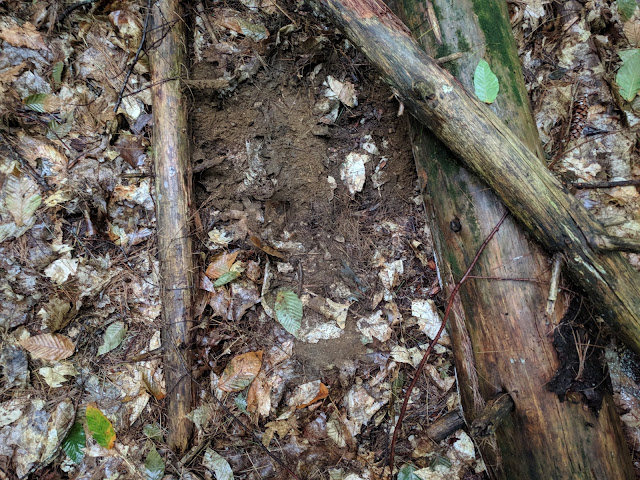 1200 decided the disturbed soil would be a good place to cache a sunflower seed. 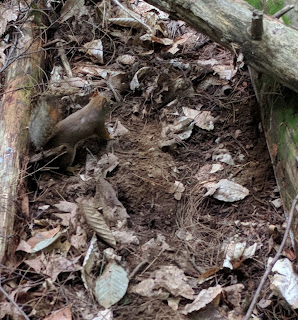